A Safe Haven for Pets…and Peace of Mind for Their People.

It was hard for Cassie (not her real name) to remember when things started going off the rails in her life, but the day came when she knew, without question, that she needed to make a change. She had been physically abused by her husband for many years and he had just beaten her for the last time. He was arrested and sent to jail. Now, Cassie needed to find a new place to live where she would be safe. During this transition, she also needed to find safe housing for her two precious dogs – her source of unconditional love and emotional support – because homeless shelters and transitional housing are typically unable to care for pets. She knew she had to get her situation under control but struggled with what to do next. In fact, the main reason she remained in this dangerous situation for so long was because she felt she needed to stay with her dogs and ensure their safety in their abusive household. 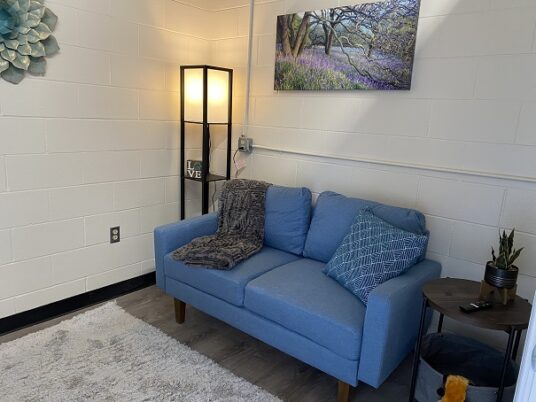 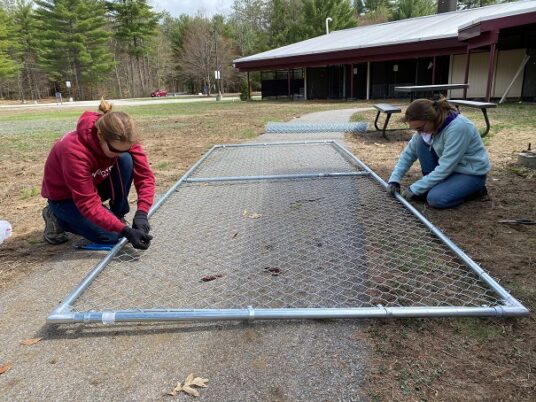 Domestic violence is, sadly, a fairly common occurrence in our community. In New Hampshire, 33% of women and 24% of men have experienced intimate partner violence as reported by the New Hampshire Coalition Against Domestic and Sexual Violence. Research also shows that offenders of domestic violence often have a pattern of abuse involving all family members including pets. Kathy Collinsworth, MHS Executive Director, wanted to help. She had attended an animal sheltering conference in 2017 where she learned about a program started by the SPCA of Los Angeles called the Animal Safety Net – an initiative geared towards helping victims of domestic violence and their pets. She immediately got to work with MHS staff and local agencies to set up a similar program to serve, not only those dealing with domestic violence, but also those experiencing other personal challenges such as homelessness, substance abuse rehabilitation, or other emergency. This program would provide safe shelter, food, and medical care for the pets of people who are temporarily unable to care for them due to unfortunate circumstances. The MHS Animal Safety Net was launched and received substantial funding from the 100+ Women Who Care community organization, as well as from individual donors.

The MHS Animal Safety Net program grew quickly. Early on, Kathy and her team recognized that they would need more dedicated onsite space for this program. Part of the vision was to increase the housing space and build a visiting room for pets and their owners to spend time together, providing each other with comfort and peace of mind during their stay. Kathy, together with the MHS Facilities Committee and the staff, developed an expansion plan which included the conversion of an existing garage. MHS recently applied for and received a grant for $70K from two organizations – RedRover ($20K) – a nationally recognized, non-profit organization that focuses on bringing animals out of crisis and strengthening the animal-human bond through emergency sheltering, disaster relief services, financial assistance and humane education; and Greater Good Charities ($50K) – another national non-profit organization that works to amplify the good in the world to improve the health and well-being of people, pets and the planet.

Construction began in early April of this year. Rescue Rebuild (affiliated with Greater Good Charities), a shelter renovation program specializing in repairing and renovating domestic violence and animal shelters in need, came together with RedRover. They sent their volunteer teams to MHS to install six raised dog runs (each including a dog bed, toys, easy-to-clean flooring and access to a private relief area). The renovations also included a beautiful visitation area that was constructed and comfortably furnished to allow people to spend quality time with their pets. Now, MHS has the expanded facilities needed for this growing and evolving program. Additionally, Kathy is in touch with several local human service agencies to explore the possibility of offering onsite counseling for those in need.

Since the MHS Animal Safety Net began in 2017, over 175 pets have been helped. Some of the families who took advantage of the program have expressed their deep gratitude, because knowing their animals were safe made it so much easier for them emotionally and gave them the strength to pursue their personal recovery. They would not have entered a domestic violence shelter had they not been able to place their pets with MHS. This is because of the overwhelming concern that abusers would likely neglect, threaten, torture, or otherwise hurt their pets as a way to continue to control or torment them. Some told us they would stay in a dangerous situation rather than abandon their pets in homes during a natural disaster. Still others said they would choose to live outside in freezing conditions and remain homeless rather than leave their pets behind.

Cassie eventually learned about the MHS Animal Safety Net program when she reached out to a local domestic violence prevention organization for help. They put her in touch with MHS, and, within hours, her 2 dogs were housed and given a safe haven. They also were spayed/neutered which made it easier for her to find housing. This allowed Cassie to focus on finding a home and getting her life back on track.

MHS knows that pets are family and the unconditional love they give us is more important than ever during these difficult times. Thanks to the help of RedRover, Greater Good Charities, Rescue Rebuild, and so many in our region and beyond, we were able to help Cassie and so many others like her and are now even better positioned to support the community.

If you feel inspired by Cassie’s story and wish to support the MHS Animal Safety Net, visit our donation page.